computer fundamentals overview
Today’s world is an information-rich world and it has become a necessity for everyone to know about computers. A computer is an electronic data processing device, which accepts and stores data input, processes the data input, and generates the output in a required format.
The purpose of this tutorial is to introduce you to Computers and its fundamentals. 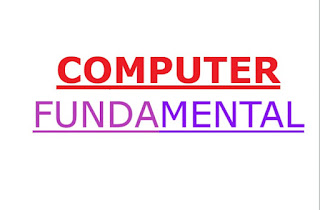 Functionalities of a Computer

If we look at it in a very broad sense, any digital computer carries out the following five
functions:

Step 1 – Takes data as input.
Step 2 – Stores the data/instructions in its memory and uses them as required.
Step 3 – Processes the data and converts it into useful information.
Step 4 – Generates the output.
Step 5 – Controls all the above four steps.

Following are certain advantages of computers.
High Speed
1 Computer is a very fast device.
2 It is capable of performing calculation of very large amount of data.
3 The computer has units of speed in microsecond, nanosecond, and even the picosecond.
4 It can perform millions of calculations in a few seconds as compared to man who will spend many months to perform the same task.

1 In addition to being very fast, computers are very accurate.
2 The calculations are 100% error free.
3 Computers perform all jobs with 100% accuracy provided that the input is correct.
Storage Capability
4 Memory is a very important characteristic of computers.
5  A computer has much more storage capacity than human beings.
? It can store large amount of data.
? It can store any type of data such as images, videos, text, audio, etc.

6 Unlike human beings, a computer is free from monotony, tiredness, and lack of
concentration.
? It can work continuously without any error and boredom.
? It can perform repeated tasks with the same speed and accuracy.

? A computer is a very versatile machine.
? A computer is very flexible in performing the jobs to be done.
? This machine can be used to solve the problems related to various fields.
? At one instance, it may be solving a complex scientific problem and the very next
moment it may be playing a card game.

? A computer is a reliable machine.
? Modern electronic components have long lives.
? Computers are designed to make maintenance easy.
Automation
? Computer is an automatic machine.
? Automation is the ability to perform a given task automatically. Once the computer receives a program i.e., the program is stored in the computer memory, then the program and instruction can control the program execution without human interaction. Reduction in Paper Work and Cost
? The use of computers for data processing in an organization leads to reduction in paper work and results in speeding up the process.
? As data in electronic files can be retrieved as and when required, the problem of maintenance of large number of paper files gets reduced.
? Though the initial investment for installing a computer is high, it substantially reduces the cost of each of its transaction. Disadvantagesof Computers


Following are certain disadvantages of computers.
No I.Q.
? A computer is a machine that has no intelligence to perform any task.
? Each instruction has to be given to the computer.
? A computer cannot take any decision on its own.
Dependency
? It functions as per the user’s instruction, thus it is fully dependent on humans.
Environment
? The operating environment of the computer should be dust free and suitable. No Feeling
? Computers have no feelings or emotions.
? It cannot make judgment based on feeling, taste, experience, and knowledge unlike humans.